If you have ever have witnessed a UFC event, you’d be lying if you say your eyes didn’t light up when saw the UFC ring girls. These stunningly clad women, moving in between the UFC octagon, doing laps to keep you guys entertained possess great importance.

Many girls have risen to unprecedented heights and became well-known icons of the UFC. This list celebrates the Top 10 UFC Ring Girls of All-time who have left a huge mark on the championship.

It would not be wrong to refer to Arianny Celeste as the Duchess of the ring girls. Ever since this 34-year-old joined the UFC and started working for the promotions in 2006, she has been considered the epitome of beauty.

Celeste has worked on some of the biggest UFC events and made her a living legend, both inside and outside the ring.

Not to mention that she won the “UFC Ring Girl of the Year” award six times, more than anyone else. Aside from her UFC life, she is a very successful model, who has been featured on the front pages of Maxim, FHM, Sports illustrated, and also Playboy.

The two-time winner of the “UFC Ring Girl of the Year,” Brittney Palmer is more than your average Octagon girl.

Her journey to fame began in 2012 and now she is considered one of the most famous UFC ring girls of all time.

Besides this, Brittney also has a knack for painting and art, and with her portraits, she has shown the world how talented she is.

Vanessa Hanson is a 29-year-old California native who got popular in no time after her guest appearance on the UFC in 2011. But Hanson is not just all looks.

In her early days, she wanted to seek out a career after psychology, but then a change of direction happened, and the next thing she knew was her days as one of the iconic UFC ring girls had started.

Now, she has more than $2million net worth and is one of the UFC’s most valuable assets.

Getting started with her modelling career at the young age of 18 and getting sought after by the UFC only after a year, it would not be a total mistake to call Rachelle the luckiest girl out there.

Her achievements are not limited to the realm of UFC ring girls, but Leah has also been glamoured in many magazines like AXL, 944, Muscle and Fitness.

Featured in a handful of TV shows like MMAthletics, The Ultimate Fighter, Inside the UFC, etc. And hosted a few, too, like Inside the UFC and Sexiest NYC Bartenders.

Already equipped with a handful of experience working as a ring girl in MMA promotions like StrikeForce, Chrissy Blair joined the UFC in 2013 and is one of the few who are still working during the coronavirus pandemic.

Originating from Florida, this model-come-ring girl quickly rose to fame because of her stunning beauty.

Chrissy has a degree in fine arts, graphic design, and even marketing. She also owns a company named “Kalumi Beauty,” famous for its protein bars.

The first of the modern age Octagon girls, Amber Nichole Miller, is definitely worthy of making it to our list.

She started her career in 2001, but unfortunately departed just after four years, reportedly due to some altercations with television personality and model Rachelle Leah during UFC 60.

Miller then started her journey as a model in many notable magazines like MAXIM, MGM, Oxygen, Muscle and Fitness, and many more. This meagre tenure at the UFC was enough to make her a media sensation, which helped her in the long run.

More than a decade has passed since Logan Stanton left the UFC in 2009, but her impact is still there. Often referred to as the “cutest ring girl” by the old school by fans, she was cherished like a breath of fresh air when she first joined the championship in 2008.

But after realizing that she was not cut out to be a ring girl and due to controversies surrounding her, she soon bid farewell to the UFC.

Since then, she has focused on her modelling career to become a very successful model, modelling for some big companies like Guess Jeans, Roxy, etc.

The first African American girl who entered the UFC in 2010 was none other than Chandella Powell. Before joining the Mixed Martial Arts world as one of the UFC ring girls, she worked as a Playboy Bunny Hostess at a Las Vegas palm casino.

Due to the revelation of her past soft-core pornographic photos, her journey in MMA was rather short. She has now become a devoted mother with a marvellous family.

She is not just an Octagon girl but also a martial artist and Muay Thai practitioner.

Baker has also starred in many tv shows and magazines, which has earned her more than 200,000 followers on Instagram.

Last but not least, Edith Labelle is probably the most remembered ring girl of all time.

After joining the UFC in 2007, she quickly became a heart-throb of many people until 2009, when she was fired due to unavoidable circumstances.

Until this day, she has not lost her charm or the love of her fans and found a successful modelling career. Labelle has starred in films like “Heroes of the North” and “Reckon 2023” as well.

Currently, she is working as a post-fight interviewer on MMA promotion cage warriors.

Let us know in the comments who your favourite all-time UFC Ring Girls are! 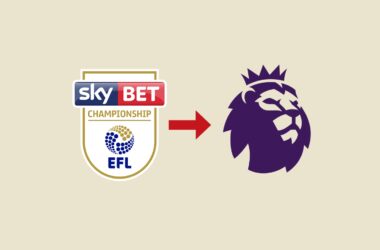 10 Most Promoted Teams to the Premier League