As the world’s best start to get closer to retirement, the newer generation starts to make an impact, and the first 21st-century stars are already making a name for themselves.

Bryan Gil is a great example of what this new set of players has in store for us, making him one of the most exciting talents in European football.

In Spain, many football fans refer to him as ‘Mini-Cruyff‘.

After a disappointing last few years for Spain, producing little to no talent and being unsuccessful, young talents with huge amounts of potential are already a huge part of both league and national teams and Bryan is no exception.

Born in Barbate, Cádiz on the 11th of February 2001, Bryan Gil started his career playing for his hometown club Barbate CF.

At just the age of 10, he caught the eye of the Sevilla scouts who quickly signed him for their academy with the hopes of being the next Antonio Puerta.

His first years at Sevilla were rough. His father had been hit by the economic crisis and had barely anything after losing his job, the club didn’t want him to miss training so they paid for fuel so that his father could bring him to train with the rest of the team twice a week and then one day he would train at home in Barbate, 180 Kilometres separated his beloved Barbate with Seville and the decision was made to make him stay at the club residence on the training ground.

This took its toll on Bryan who spent quite some time feeling down and alone and barely eating, but things like these made him the player he is today a humble, hard-working, and incredible teammate who is admired in every team he’s at.

After a few years of showing his talent, Bryan signed his first professional contract with Sevilla and was now able to buy his parents a house to stay at with him, this played a huge part in his future development as he was now supported even closer by his family.

In the 2017/18 season, he was promoted to the U-19 squad, making two appearances in the UEFA Youth League and playing well in the league which gained him a spot at Sevilla Atlético (Sevilla’s B Team) for the 2018/19 season.

During the 2018/19 season, Bryan Gil was key for Sevilla Atletico in its first few fixtures, first-team manager at the time Pablo Machin saw his potential and he became a regular in first-team training.

At the same time, the Spanish National Team was also aware of his ability and soon called him up for the U-19s where he played a vital part in the U-19’s European Championship that Spain won.

After being a regular asset in first-team training the 5th of January of 2019 was a day that Bryan will never forget, a match at home against giants Atlético de Madrid and he was given his first call-up with the first team. But then in the 93rd minute of the game history was made; Bryan Gil was substituted for Ben-Yedder becoming the first player born in the 21st century to play in La Liga.

During the rest of the season, Bryan broke another record, this time being the first player born in the 21st century to assist in the top five leagues when he made a brilliant pass to Munir for the final 2-0 win against Valladolid.

The season ended, fans were fascinated by what the youngster could do, he had broken all records and when Julen Lopetegui arrived he was now a first-team player for the next season.

Sevilla had been given a new look with almost a whole new team with a variety of new players to return to the Champions League, however, Bryan remained at the club. The season started and Bryan saw himself as a bench player playing only in cup games and friendlies, that’s why when the winter transfer window arrived, Bryan moved to the capital city of Madrid, to be specific Leganes where he would play the rest of the season.

Bryan started being a regular for Leganes and started showing glimpses of his talent, impressing was too little of an adjective to describe him.

His performances after the season was restarted, due to the COVID-19 pandemic, were huge for Leganes’ relegation fight, who arrived at the last match of the season needing a win to avoid the drop.

However they played champions Real Madrid, a difficult task they failed after drawing 2-2 having opportunities to win the game in the last few minutes of the game, Bryan on the other side played an amazing game scoring the first of the two Leganes goals that weren’t enough to save the team from being relegated.

Bryan then returned to Seville after a good season with Leganes, but he still didn’t have a place on the team, therefore he was loaned out to SD Eibar on the last day of the transfer window, a loan move that changed his career forever.

SD Eibar, The Loan Move of Dreams For Bryan

What looked like a loan where he wouldn’t play much turned out to be the right move for the biggest jump in his career.

Up in the northern and cold Basque Country, Bryan shook the world with his impressive ability on the pitch making it to the front of the newspapers thanks to his consistent and amazing performances.

In his first matches, Bryan didn’t score or assist but he left glimpses of his talent by being able to be a threat on both wings and the center midfield, when he did after 11 matches with Eibar he scored a brace against Granada giving the Basque team a huge 2-0 win.

Bryan kept performing amazingly week in and week out and Spanish National Team manager Luis Enrique was aware of that and selected the young talent to play for Spain against Greece and Georgia for the first two matches of the World Cup qualifiers, he did well and fans were more than pleases with what they saw of the youngster, sadly he wasn’t selected for Spain to play in the postponed EURO 2020.

As it had happened during his time at Leganes, Bryan helped Eibar in the relegation fight keeping them alive with his performances, however, it wasn’t enough to save the team from relegation nor finish at the bottom of the table.

Bryan had caught the eye of many world-class teams, Real Madrid and Chelsea had shown slight interest, but Barcelona was really interested in acquiring the services of the Spanish winger, and that was all until Sevilla decided to extend his contract to keep him at the club for the near future.

Spurs started to show interest in the youngster even after Sevilla had extended his contract, that was all thanks to his style of play and his season with Eibar, and what looked like an unlikely move turned out to be true and he joined Tottenham for 25 million pounds and Erik Lamela.

Although things haven’t gone as expected for Bryan, there’s no doubt he could be a future asset for Tottenham once he’s given the right playing time, until then Bryan could see himself back in Spain for a potential move to teams like Cadiz, the place where he’s originally from.

Bryan is an old-school winger, he loves to have the ball close to his foot, dribble defenders, and get around them with speed making the last key pass for a goal chance.

During his time in Sevilla, he’s always played on the left wing, a place where thanks to his agility on the ball he can dribble defenders easily and create chances easier.

In Eibar the story was different, Jose Luis Mendilibar saw what many of us didn’t and started to play Bryan as a center attacking midfielder, this was perfect for his system and style of play as his teams are recognized for attacking more from the center rather than through the wings and with a player like him it worked out perfectly.

Bryan is only 20 now and has lots of fuel left in his tank to become a sensational player. Although he has had some bad luck being relegated the two times he has been loaned out, there’s no question that once he gets playing time for Spurs things will start to change.

His dribbling, speed, agility, and humbleness will get him far in the world of football being an excellent teammate and a better player once he steps into the pitch.

How tall is Bryan Gil?

What position does Bryan Gil play?

Bryan is a natural left winger but can also play on the right-wing and as a centre attacking midfielder.

When was Bryan Gil born?

Where is Bryan Gil from?

Bryan Gil was born and raised in Barbate, Cádiz. 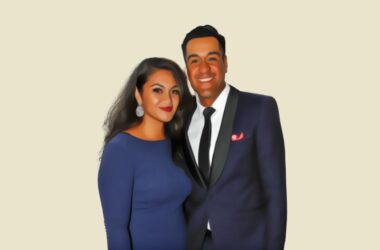 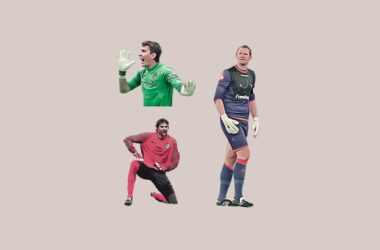 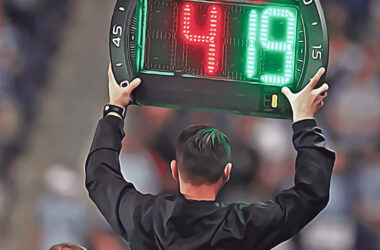