Since the recent growth of the tournament, there has been a surge in the demand to watch the IPL live.

As we live in a digital age, IPL live streaming seems to be the most accessible way to enjoy the spectical.

Below is the ultimate list of IPL live-streaming services, covering all corners of the world.

The Indian cricket board has successfully wrapped up this year’s IPL season in Dubai after the country began reporting a surge in coronavirus infections.

As for 2021, the BCCI plans to bring it back to its home soil, as confirmed by its president Sourav Ganguly.

Where to watch the upcoming IPL season?

Neither the Indian government nor the BCCi has given any final word on whether spectators will be allowed to enter stadiums.

It may, however, seem unlikely considering that it will take the Indian authorities some time to curb the virus’ spread. This means that broadcasters will have an important role to play because several people, who are not heading to see the games live, will then be streaming it.

Different broadcasting channels worldwide get in line to purchase the rights of telecasting league matches legally. The IPL shares a similar case.

Here are some sources for you to watch games of the IPL live in 2021:

For Indian viewers, Star Sports is the most prominent IPL live broadcasting channel owned by Star India. Hindi commentary that is available on Star Sports is watched by million across Asia. The channel varies its languages – Hindi, English, or Tamil – depending on the country.

People outside India, Nepal, and Bhutan can get a Hotstar subscription to view live streaming. From there they can enjoy online cricket streaming, including the IPL live matches.

Recently, Sky Sports secured an IPL deal with the BCCI for three years.

People residing in the UK and Ireland can watch all of the 60 IPL live matches telecasted. Sky Sports, managed by satellite Pay-TV, has 11 different sports channels.

Each channel is specified for a particular sport. People will, however, have to buy a subscription.

International cricket teams of the US and Canada might not be in the game’s mainstream yet, but IPL broadcasters derive a decent chunk of their finances from cricket fanatics in both countries.

Willow TV is the official IPL live broadcaster in the US and Canada, while ESPN has purchased its media rights too.

You can get a Star Sports subscription as well for merely $45 in the US and $46 US in Canada.

Bangladeshis can watch their players in action in the star-studded IPL live in March 2021 on Gazi TV aka GTV and Channel 9.

GTV is quite a popular channel in the country that premiers both the IPL and BPL. It also has an android TV app for cricket enthusiasts to stream games on their phones.

Old-school Fox Sports comes to the rescue of cricket-loving Australians to watch Glenn Maxwell, David Warner, Aaron Finch, and Steve Smith take bowlers to the cleaners in the IPL.

This comes in the form of their live-streaming platform ‘Kayo Sports’.

The IPL has brought both Australia and India quite close to each other since their players have been bonding very closely since the league’s beginning.

Hence, Australians also get on the IPL bandwagon to enjoy some high-intensity games of cricket.

Flow Sports is the official broadcaster of the Indian Premier League in the Caribbean.

Like other prominent cricketing nations, West Indies has also emulated the IPL’s structure and introduced their cricket league named the Caribbean Premier League.

The country has produced some T20 juggernauts who actively participate in the IPL. Chris Gayle, Kieron Pollard, and Dwayne Bravo have been part of the Indian league for a long time.

Before the start of IPL 2020, the participation of South African players like AB de Villiers, Kagiso Rabada, and others was unsure because of the ongoing crisis and corruption allegations imposed on their board.

But every fan took a sigh of relief when the IPL management sorted this out and ensured each player’s participation who had signed the contract.

On the other hand, New Zealanders can enjoy the IPL live on their country-based channel named Sky Sports 2. As for viewers in Afghanistan, Lamar TV and RTA will let them enjoy the league. After all, their captain and a spinner who’s in red-hot form, Rashid Khan, is an important part of the league.

The Carlton Sports Network, a private TV channel, has purchased the streaming rights for the upcoming IPL season for its Sri Lankan viewers.

This comes as their broadcasting license was restored after a long time out of the live-streaming game.

Although ESPN and STAR cricket subscriptions are available on the island too, Carlton Sports Network reportedly gets the most number of viewers each year.

It is yet another nation whose love for cricket aids broadcasters.

Their fondness for the IPL lets them see their former caption Mahela Jayawardene in the Mumbai Indians’ blue jersey and takes them back to his glory days.

In the past, greats like Sanath Jayasuriya and Kumar Sangakkara, have also been part of the league.

In the recent past, Geo Super was the IPL broadcasting channel in Pakistan. Unfortunately, due to some political issues between Pakistan and India, no company has been buying rights for the league for the last few years.

Hotstar also banned its services in Pakistan this year. Many Pakistanis had to either go for illegal streams or Facebook to watch the IPL 2020. Geo Super and Hotstar are expected to resume their services when political tensions will ease.

If you want to watch the IPL via online sources that don’t hurt your wallet, Asia cricket, Crichd and the live streaming conducted by Facebook pages on the social media platform are your go-to options.

But since they are mostly illegal, you will face interruptions and many streams will be shut-down mid-games by the platform’s inspection panels.

Disclaimer: Sportrankers.com does not condone the use of illegal streaming and fully supports all subscription-based platforms mentioned in the article.

Have you ever wondered who the most beautiful female UFC fighters of all-time are? Here is the ultimate… 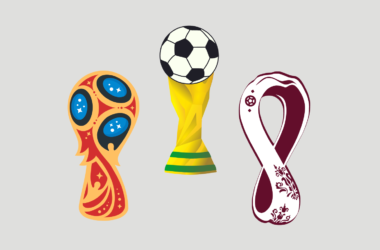