Anthony Davis is a Professional US Basketball player who plays for Los Angeles Lakers in Power forward and Centre positions. Widely famous for his initials ‘AD’, he is one of the best players in the league. Behind the player, however, is Marlen P, his wife.

He used to play Basketball for Kentucky College and was drafted into the NBA for the first time in 2012, and the rest is history.

He has never looked back and has marked an era as many titles and achievements prove this statement. His career honors include an NBA title, Olympic Gold Medal, FIBA World Cup, and NCAA title. Moreover, he was named to the 75th Anniversary Team of the NBA.

Anthony Davis is on the list of those few players who helped the Los Angeles Lakers to get back on track and win the championship, and that’s the reason he is usually referred to as one of the best trade deals in the Lakers’ history.

A player of this level, who usually makes people doubt their eyes, is as brilliant in his personal life too, as he lives a beautiful life with her long-time wife.

Let’s take a deep dive into his partner’s life and get to know about her.

Who is Marlen P?

Marlen P is an LA native and follows the Christian faith. Despite being a wife of an NBA Superstar, which usually attracts the spotlight, she likes to remain reserved and is not very public about any part of her life. The level of privacy can be guessed by the fact that no one knows about her educational career or family background except that, according to some sources, she has siblings.

For a long time, there was a debate about her ancestry, and she ended those speculations about her roots going back to the Dominican Republic when she mentioned this in her Instagram bio.

Anthony Davis respects her partner’s decision to remain private and live a life far away from the spotlight, as he never shares anything about her on social media.

On the other hand, the Los Angeles Lakers star player hasn’t posted any photos with Marlen on his social account.

The couple welcomed a baby daughter in 2017 and named her Nala Davis. Marlen spends most of her town at home, caring for her daughter. Nala David has been seen with her father, Anthony, in some post-match celebrations.

Occupation and Net Worth

Marlen is a Model and an internet sensation, although she lives a private life.

Because of her reserved personality, it’s challenging to make a statement about her estimated net worth, but according to some sources, it is expected to be around $1-2 million.

As mentioned before, she stays at home and takes care of her daughter Nala Davis but has a deep interest in Fashion Designing and has designed their current rented ($14 Million) Bel Air mansion by herself, which is located near the Crypto.com Arena, formerly Staples Center, in Bel-Air. Impressively, the house has its own personal basketball court.

Start of a Long Romantic Journey

The exact date of their dating is unknown, but according to reports, they first got together around 2016 or 17. At the end of the same year, they hosted a baby shower for their daughter.

They made their first public appearance as they posed for photos at the Vanity Fair Oscars Party in February 2020.

Anthony Davis married his long-time girlfriend on September 18, 2021, in a lowkey event in Los Angeles, California. The incredible moment was the performance of the NBA megastar as he sang “Never Make a Promise” by Dru Hill as a serenade to the love of his life and danced merrily with her.

Many celebrities and athletes like Adele, his teammates LeBron James, Russel Westbrook (who was best man at their wedding), Jared Dudley (former teammate), and many other NBA Stars attended their wedding ceremony.

The couple didn’t even share the images from their wedding ceremony. Still, there are some pictures available on the web, as Anthony Davis’ friends shared a few photos on their social media accounts.

It’s never easy to perform well in court if your close ones do not support you. In Anthony’s case, Marlen is his biggest fan and has kept his husband on each step of his career, and is a fundamental reason behind his success despite living a private life. 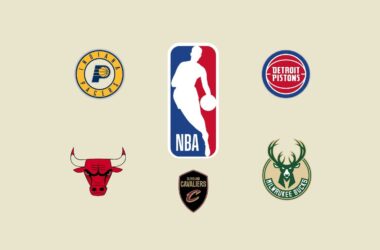 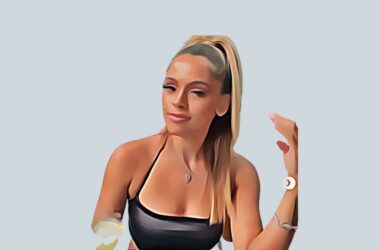 Tametrius Jamel Morant is a professional US Basketball player known by his nickname Ja Morant. In his short…