National Basketball Association (NBA) has become huge & widely spread. There are currently 30 teams competing in North America. These teams have been divided into divisions to manage the massive fixture list.

The division system has existed since the 1940s when the NBA was founded. Currently, there are three divisions in the Eastern Conference of the National Basketball Association (NBA). The Central Division is one of those three divisions and consists of these five teams :

At the start of the 1970-71 season, three teams were added to the league. The Portland Trail Blazers, Cleveland Cavaliers, and Buffalo Braves took the number of teams to 17, from the previous 14. The Central Division was founded alongside this change.

Thirteen NBA Champions have come from the Central Division. Out of those thirteen championships, the Bulls have won six, the pistons three, the Bucks two, while the Bullets and Cavaliers have won one title each.

Except in 1977-78, the Bullets and 2003-04, the Pistons, all were division champions. In the 2005-06 season, all five Central Division teams qualified for the Play-offs. Milwaukee Bucks are the most recent champions. With four out of five teams winning the championship, the Central Division has the highest percentage of successful teams in the division. Only the Pacers have never managed to win.

The Central Division was in place for the 1949-50 season as one of the three divisions in the NBA that contains four teams. The Atlanta Hawks, Baltimore Bullets, Cincinnati Royals, and the Cleveland Cavaliers were the teams competing.

The current Central Division is one of the three Eastern Conference divisions formed in 1970. The Wayne Embry Trophy, named after Wayne Embry himself, has now become the prize for winning the Central Division. This came into place for the start of the 2021-2022 season.

Like in other divisions of the NBA, the Central division also contains rivalries between different teams. There are two rivalries in the Central Division. Let’s take a look at them.

The late 1980s was the beginning of the rivalry between the Chicago Bulls and the Detroit Pistons. Michael Jordan played a vital role during these years. The combination of Jordan’s elite rise and the Pistons’ becoming a playoff contender, made the rivalry one of the most ferocious in the NBA history books.

Being only 280 miles apart, both Chicago and Detroit are seen as two of the most significant cities in the Midwest. This has contributed to the intensity of the rivalry. This rivalry can be seen in other sports, such as baseball.

Both teams have faced each other 273 times, with the Bulls winning 140 and the Pistons 133 out of them.

The Bulls-Cavaliers rivalry is another National Basketball Association (NBA) rivalry between the two teams of the Central Division, the Cleveland Cavaliers and the Chicago Bulls. Since the addition of the Cavaliers as an expansion team in 1970, both teams have faced each other.

But the rivalry didn’t start between them until 1984 when the Bulls drafted Michael Jordon with the third overall pick. After Jordon went to the Washington Wizards and eventually retired, the rivalry between them died, but it heated up again in 2003 when Cleveland picked LeBron James with the first pick.

Talking about Head to Head fixtures between them, Chicago Bulls lead the race with 145 wins, while Cleveland Cavaliers won 106 games.

All the Franchises that have been part of the Central Division

As mentioned above, Central Division currently consists of 5 NBA teams. But it hasn’t always been the case.

Cincinnati Royals were one of the founders of Central Division, played between 1970 and 1972. They joined the Midwest Division after two seasons when they relocated to Kansas.

The Bullets Franchise, now known as the Wizards, is based in Washington. In 1978, they made the switch to the Atlantic Division. The Bullets have been known as the Baltimore Bullets, Capital Bullets, and Washington Bullets since they founded the Central Division in 1970.

Previously located in San Diego, the Rockets joined the Central Division in 1972. They moved on again in 1980 and joined the Midwest Division.

After the ABA merger, the Spurs took their place in the Central Division. They then made another switch to the Midwest Division. The Houston Rockets followed their lead in 1980.

Based in both Charlotte and New Orleans (2002-2004), Hornets competed in the Central Division between 1988 and 2004. In 2004, after the latest NBA expansion, the Southwest Divison became their home,

They joined the Central Division as an expansion Franchise for only 1 season before they found a longer-term home in the Atlantic Division, from where they moved to the midwest division just one season later.

In 1995, the Toronto Raptors were considered an expansion team and took their place in the Central Division. However, after the 2004 NBA expansion, the Raptors became a member of the Atlantic Division.

Ever since the 2004 expansion, the division has remained in the same format. 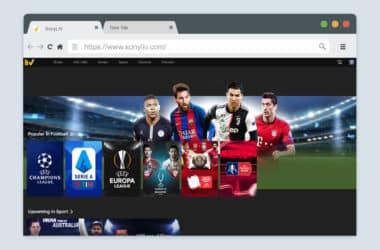 In this day and age of a fast-moving world, football fans rely heavily on legitimate streaming sites and… 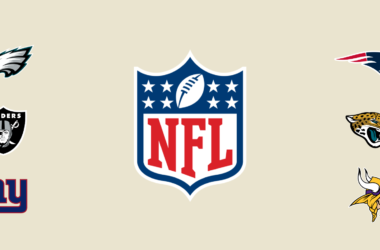 In the NFL, where a team is located and the stadiums are vital to the history, and future…