There is no one formula for success. And if anything, the career of Dani Olmo so far proves that.

From being a graduate of the legendary La Masia to moving to Croatia and finally making his name in Germany, nothing has been conventional for him.

And as he finally comes under the spotlight with impressive performances in the Bundesliga, things are looking up for the Spanish International.

That is what makes his journey all the more special and worth knowing about.

After being born in Terrassa, Barcelona in 1998, Dani Olmo started his footballing career playing for Espanyol.

At the age of nine, he moved to Barcelona and started honing his skills at La Masia.

Olmo spent seven years at the holy grail of youth development and embedded much of the footballing knowledge into his game.

Since he was too far down the pecking order, Olmo made a huge decision that has since shaped his career.

This decision was influenced by his father Miguel Olmo who as a Spanish second division coach was heavily criticized and accused of destroying his son’s career.

He later said that it was the toughest decision of his life. Dinamo Zagreb became the perfect breeding ground for his talents and the perfect place for him to become the player he is today.

Spell at Zagreb and Growth at Youth Level

After joining Dinamo in the summer of 2014, Dani Olmo had to wait for just a little over six months playing for Dinamo Zagreb II to get his first-team debut.

2015 was also when he made his Spanish U17 debut. As the talents of Olmo became clear, Croatia started to negotiate with him for playing for them.

Still, Olmo continued to play for Spanish youth sides and after starting for U21s in 2018, he won the 2019 European Championship with them.

At the club level, his performances were exceptional too. So much so that he was declared the best player for the Croatian league in 2018.

There were already reports linking him back to Barcelona, but he kept playing in Croatia in 2019.

In September of 2019, he debuted in the Champions League. And as his club finished bottom of their group, he bagged two goals against Shakhtar Donetsk and Manchester City.

In his time at the club, the attacking midfielder helped the club win five league titles and four Croatian cups.

Finally, at the start of 2020, RB Leipzig swooped in to sign Olmo for a reported fee of £17M rising to £21M with bonuses.

Move to Leipzig and National Call Up

At Leipzig, Dani Olmo has been a regular since joining. In 2019/20 he played twelve games and has achieved the same amount of appearances already in 2020/21.

2019/20 was particularly interesting for Leipzig as they progressed to the Champions League semi-final.

And Olmo had a meaningful hand in that too, scoring vs Atletico Madrid in the Quarter Final as Leipzig won 2-1 over the Spanish side.

It was also a huge season for Olmo on the international front as he debuted for the Spanish National side in November of 2019.

And the icing on the cake was that he scored after just three minutes of coming on, as the team won 7-0 in the European Championship qualifiers. Since then he has appeared eight times for Spain.

In the 20/21 season, Olmo has become the main player for Leipzig, usually playing behind the striker.

He has already created a club-high 4 assists and scored 2 goals this season and looks to be on course towards having a great season.

If you had to make one prediction regarding the future of Dani Olmo, it had to be a return to Barca.

And it was close to happening earlier in 2020 too. But with Barca dithering and Leipzig being firm, Olmo decided to move to the German club.

He also slammed Barca for being indecisive and thought that they never really wanted him.

That being said, most La Masia products have a deep-rooted connection with the club, so if and when a substantial offer comes in for him in the future, do not expect him to say no again.

However, he would still need reassurances from the club about his role within the side and how many minutes he can get.

Olmo was also linked with Real Madrid in the summer transfer window of 2020 to which he responded by saying that he was focused on his game in Leipzig.

What Olmo has proved so far in his career is that he is not afraid to take a route less explored, so a move to Madrid being a La Masia graduate can not be dismissed either.

One club that may be interested after seeing his exploits in Leipzig could be Liverpool.

Reports were linking him to Liverpool back when he was at Dinamo, but now they need a player like him more than two or three years ago.

Liverpool plays a similar Gegenpressing system to Leipzig and Olmo has adjusted seamlessly to that system under Nagelsmann.

And Liverpool may need a creative midfielder as they look to add depth and imagination to their ageing side.

So there are a number of teams that could do with his profile in their side. What he needs to do for a few years is to develop his game at Leipzig.

Leipzig is already challenging for the Bundesliga and playing in the Champions League.

Also playing under an exceptional coach like Nagelsmann is sure to improve him.

Ultimately, you can trust a player with the mental toughness of Olmo to make the perfect decision for his career.

The style of play of Dani Olmo is quite interesting. He is not your typical La Masia attacking midfielder as he possesses slightly different strengths.

One of his best traits is the direct nature of his game. He always looks to find that incisive pass or take a shot whenever he finds the space for it.

Till now in the Bundesliga, he has attempted more than 30 shots and sits at 7th place in that metric. Alongside Sabitzer, he is someone who can score from outside the box with no worries.

That shows the self-belief he has at the moment as he resists the easy pass and goes for the goal himself whenever possible.

What is great to see is how exceptionally he has adapted to the system of RB Leipzig.

What is that system you may ask?

Well, the crux of it is the exceptional pressing Leipzig players do when out of possession.

This lets them win the ball in excellent positions. After this, they rely on rapid transition and quick counters to open up defences.

It depends on young athletic players giving it their all on the pitch and making it tough for other teams to impose their game.

Fortunately, Olmo is perfectly suited to playing a role in such a system. For starters, his direct passing is exceptional in transitions, and makes several decent openings for his side.

His ability to play on the right, the left, and in the centre has made him especially popular with Nagelsmann, who keeps on experimenting with formations and different positions.

Under Nagelsmann, Dani Olmo usually plays behind the striker in a 4-2-3-1 and plays on the right or left wing when Leipzig plays 3-4-3.

In any formation, he looks at ease pressing the ball and trying to win the ball in promising positions for his team.

He also won praise from his manager due to his ability to provoke fouls and remain calm under pressure.

Keeping the ball better is something he could still improve on, but that is the kind of game he has.

He takes players on, plays in a direct manner, and does not always make the obvious pass. All these habits can lose the ball and can make a goal happen.

Overall, he is best suited for a counter-attacking side as he plays incisive passes, presses exceptionally well, and has serious pace as well.

As his game grows, he has to find new ways of breaking down teams that defend deep. And if he does that and adds more goals to his game, his potential is extraordinary.

Dani Olmo is an exceptional young Spanish midfielder who is sure to make it big in the game in the coming years.

His exceptional passing disciplined defending, and impressive shooting capabilities make him the perfect modern-day no 10.

And it is not like the world is not taking notice. Being linked with Barca, Madrid, and Liverpool at such a young age speaks volumes about his potential.

Do not be surprised to hear his name on the transfer targets of the big clubs this coming summer!

How Tall Is Dani Olmo?

What Position Is Olmo?

Dani Olmo is an Attacking Midfielder. He can play in any of the three positions behind the Striker as a source of creativity. His ball control and drilling skill allow him to play in tight spaces and make forward passes.

Where Is Dani Olmo Originally From?

Dani Olmo originates from Terrassa, Spain. With around 220,000 population, Terrassa is a district of Barcelona. This locality ultimately gave Olmo a better chance at making it into FC Barcelona’s La Masia Academy. 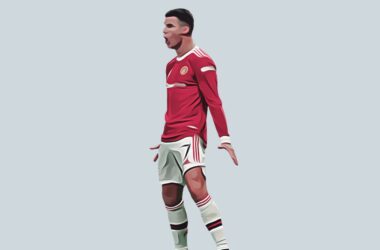 What makes a memorable team? Great players? An inspirational manager? Or a different playing style? Well for us,…