Long before I was an avid soccer fan, I was flicking through the TV channels one lazy Sunday afternoon and I landed on a Premier League Soccer match, I was captivated.

I then wondered ‘How do I get into watching Soccer?‘. This seemed like a silly question as I was literally watching it, however my lack of knowledge at the time brought up many other queries regarding the Sport.

Where can I watch it? What league should I watch? Who should I support? the questions went on and on…

The main way to get into watching Soccer is to watch your nation’s top Soccer league on a weekly basis and start studying the different aspects of the game. It will not only get you used to the rules and complexities of Soccer, but you will start to learn about different Soccer players, teams and the roles within the team. A great example of this would be the MLS in the United States, the Premier League in England or the La Liga in Spain.

Although this is the most obvious solution, there is far more complexity and I am sure you have many further questions surrounding Soccer.

In this post, I will outline some key areas to focus on and tips that will help you along the way.

As previously outlined, a great place to start when getting into watching Soccer is to develop knowledge of your top national league. You can do easily and in the comfort of your own home simply by watching every game week on TV or using a streaming service.

For example, if you live in the U.S it would be advisable to sign up to a service provider such as ESPN, MLS app or Pluto TV (which are some of the providers as of 2020, for the latest information on MLS service providers, visit the MLS website here).

Once you have access to a wide variety of matches, the Soccer world is your oyster, and the fun can begin.

The main advantage of this method is that you naturally start to gather knowledge about various aspects of Soccer. Whether it’s the players, the teams, the managers or the rules of the game, your understanding will grow over time.

Gradually you will become a true fan of your national Soccer league.

An extra bonus of this will come around every four years if your national team is competing in the FIFA World Cup. The understanding and knowledge gained about the players and rules will stand you in good stead when discussing team selection with your friends.

Bonus: For a head start in FIFA World Cup knowledge, you can see the list of all-time World Cup Goalscorers here.

The next stage of developing your Soccer knowledge is to start getting into watching the top 5 European Soccer leagues.

In the table below we have supplied you with all the current providers of top European soccer leagues depending on where you are situated:

Due to the size and popularity of these Soccer leagues, it is sometimes the case that the same provider you use for your national league will also give you full, or partial, access to these games on a weekly basis.

This is where the crème-de-la-crème, the gold standard of Soccer entertainment lies.

Not only will you witness the highest level of skill and competitiveness, but you will learn about the best teams in the world and, consequently, the best players in the world.

For example, in the English Premier League, you will see the likes of Kevin De Bruyne, Virgil Van Dijk, Sadio Mane, and Harry Kane competing week in and week out.

In Spanish La Liga, you will witness Lionel Messi, who is arguably the greatest player of all time, showcasing his technique and ability.

In the Italian Serie A, the likes of Cristiano Ronaldo and Zlatan Ibrahimovic are vying for the 3-points.

In the German Bundesliga, you have World-Class players in Robert Lewandowski, Erling Haaland, and Manuel Neuer.

It is clear that watching Soccer at a higher level will in turn increase your understanding of every aspect of the game.

Like many sports around the world, nothing beats witnessing it in person and feeling the energy of the crowd. Soccer is no exception.

Watching your local team in person is advantageous in your development as a Soccer Fan, as you will experience everything that comes with being in a stadium. For example, the pre-game and a half-time trip to the food truck, or getting to watch the half-time entertainment, along with the players training before the match.

Watching from home just doesn’t have the same impact as being there in person.

Many factors go into this next step. Your geographical location and willingness to travel dictates what level of live Soccer will be accessible to you.

For example, your town or city might only have a 2nd or 3rd tier Soccer team in your respective national league. In this case, you will generally be watching a lower standard of Soccer, but it will be easier to get tickets and will normally cost less.

Whereas, if you live in a larger city, or a city that happens to house a tier 1 Soccer team, you will have access to a higher level of play, but it might be harder to get tickets and may cost more.

Either way, attending your local games, will not only support the club and the community surrounding it, but it gives you a great opportunity to build relationships with other fans and will bring you into the local Soccer community.

Bonus Tip: Get Into The History Of Soccer

It is all well and good watching Soccer in the current era. However, there have been legendary players and teams throughout the years.

An excellent way to become a more well-rounded Soccer fan is to look into the history of the sport.

Whether you find the history of individual players interesting, or simply just the history of your favorite team, it is great to know how the game has developed.

A great resource is video content on Youtube as you can witness the greats of the game at the click of a button. A great example is this video outlining the career and influence of Ferenc Puskas.

Look into some biographical information on footballing legends like Pele, Maradona and Gabriel Batistuta here. 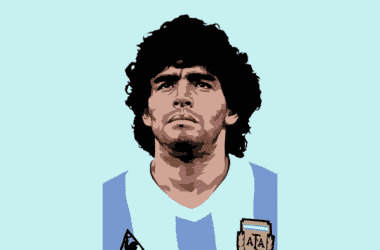 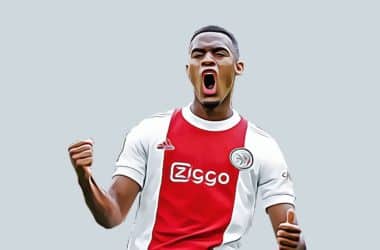