Behind every great and successful man, there’s a woman. And there is more than one practical example of this phrase in football. One of them is Sofia Balbi!

Ring any bells? She is the wife of El Pistolero, and the generational striker, Luis Suarez. The man who’s been firing goals for over a decade and has made his way to global success from the slums of Uruguay! Guess who’s been with him all along this emotional and hard journey? Sofia!

Sofia and Suarez have a long history, and she herself has a very interesting personality. From personal details to professional details, from philanthropy to business projects, we will discuss Sofia today.

Here’s everything you need to know about Sofia Balbi, and how she influenced and made Luis Suarez great with her love and support!

Who Is Sofia Balbi?

There’s a lot more to her than just being the wife of a football superstar. Sofia is a lot more than that, as she utilizes her recognition well.

Sofia was born on 11th October 1989 in Montevideo, the capital city of Uruguay. Belonging to a financially stable family, Sofia has had a comfortable childhood.

Her father was a banker, who migrated to Catalonia when Sofia was only 14 years old!

That was a huge shift in Sofi’s life, she had to leave her home, friends, and love behind to keep up with her family as she was still very young.

Sofia has a football-loving family, as the love of the game is genetic to all Balbis. Apparently, she has a brother who is also a professional footballer.

Her brother, Gonzalo Balbi also moved with their family to Spain and started his professional career. Moreover, Sofia Balbi also has 2 sisters.

While already belonging to a well-to-do family, Sofia’s net worth has multiplied massively, thanks to the status of her husband. She is estimated to have a staggering net worth of $5 Million!

Sofia is widely known and has a massive following on her social media accounts. She is considered to be a housewife, but we will tell you she is a lot more than that.

Sofia has 1.6 million followers on Instagram, and she is no less than an influencer with great monetary returns for the endorsements she makes on her social media handles.

While the majority of her life is all about her husband and kids, she has been involved with many projects in Spain during her husband’s long stay there due to the football commitments with FC Barcelona and Atletico Madrid.

She also opened a luxury footwear brand in Barcelona, which was announced in 2015. It started functioning in 2017 and sells the world’s best footwear brands. This shouldn’t go unnoticed that Sofia had a business partner in this venture, who happens to be the wife of Lionel Messi; Antonella Roccuzzo.

Talking about Antonella, Sofia has great relations and friendships with other popular wives of great footballers. Let’s dive deep into that!

During his 6 years stay at FC Barcelona, Luis Suarez developed a legendary partnership with Lionel Messi, but their friendship grew even more exponentially off the pitch because the families of both South Americans clicked right away.

Sofia Balbi has great and deep cordial relations with Antonella Roccuzzo, who also happens to be from South America, the same region as Sofia. As we mentioned before, both of these famous football wives happen to have financial commitments together in the shape of different projects.

The 3rd and last piece of Sofia’s friends’ puzzle is Daniella Semaan, who’s the wife of another former Barcelona player; Cesc Fabregas.

Balbi’s Instagram is loaded with her memories with these 2 elegant ladies, from going to their husbands’ football matches together, to spending long summer vacations in Ibiza chilling on the fancy yachts of their superstar husbands. These three have done it all!

Now, all of the 3 families have left Barcelona, but that doesn’t keep them from having great friendships as they are often seen together during football breaks or off-season days.

Luis Suarez; The Love Of Her Life

The name; Luis Suarez, is definitely the highlight of Sofia Balbi’s life. It won’t be wrong if we say these two lovebirds have the most beautiful and challenging love story in the whole football world!

As the couple is admired globally, they had to go through some of the most difficult times before finally getting united and married in 2009. Today, they have a beautiful family which we will talk about later in this blog.

Suarez and Sofia’s first encounter was in 2001 when Luis was 15 years old and Sofia was only 12. Everything changed for Luis Suarez after that. And after 21 years, they’re still happily together.

You might have a lot of questions, how they met? What difficulties did they go through? Don’t worry, we got you! Here’s a detailed story of Luis Suarez’s exemplary love life with Sofia Balbi.

Suarez belonged to a financially wrecked background, and he had to do different jobs to keep his football flames burning. In 2001, Suarez was a street sweeper in one of the localities of Montevideo, the city where Sofia used to love with his quite lavish family.

Sofia first saw Suarez as the street sweeper, and that’s exactly when both of them fell in love with each other.

The huge status difference between the two didn’t seem to exist at all, as they decided to go against all the odds. Eventually, Sofia’s family agreed to the relationship of their daughter with Luis Suarez.

It is also said that it was Sofia and her family who encouraged Suarez to take football more seriously and they practically helped him achieve his footballing dream. Suarez used to play in the local club Nacional, as Sofia urged him to give it his 100 percent.

It’s a truth that it was Sofia who made Suarez great on the pitch, but she’s also the key figure in improving the life of the Uruguayan striker off the pitch too.

When Sofi’s father moved to Spain in 2003, she had to leave Suarez behind. This separation was extremely difficult for both as Suarez was left alone behind. But Luis made it his strength and reason to work even harder.

After three years of long separation, Suarez finally made it to Europe in the hopes of getting reunited with Sofi Balbi. He signed a contract with the Dutch club FC Groningen.

Suarez’s career started picking up when he was at Ajax, the world got to know about the exceptional quality he possesses, and his financial state improved amazingly, owing to his increasing fame around the globe.

When recalling the challenging times, Suarez reflected on his long-distance relationships. On every vacation, he used to visit Barcelona to see Sofi even when he had no money. Once Suarez’s brother lent him 45 euros to visit Sofi in Barcelona!

In 2009, Suarez was enjoying a steady and turbulence-free football career as a shining young prospect. He married his long-awaited love, without any more delay, as they both knew what they meant to each other and what they’d been through together.

Shortly after marriage, Suarez moved to Liverpool where the couple moved in together to start their happily married life and grow their family.

After the 10th anniversary, Suarez and Sofi held a marriage renewal ceremony where all of their friends and family rejoiced together.

Just a year after their marriage, the couple welcomed a beautiful baby girl into their small family of two in August 2010. They named the baby girl Delfina Suarez.

They had another baby in 2013, Benjamin Suarez, who also played in the youth systems of FC Barcelona. Will he continue on the path of his father?

Lastly, Sofia had her last baby boy in 2018 who they name Lautaro Suarez!

That completed their beautiful family of 5. A journey that started in the streets of Montevideo has become a dream life for any couple. Sofia and Suarez are an example of love and sticking together through thick and thin.

Suarez’s football career is coming to an end, the game which has given him everything. But more than that, he has something to hold on to, his wife and his beautiful family!

Reading all about Sofia’s life over the course of the last 20 years is indeed inspirational. We’ve covered even the small details of Sofi Balbi’s glamorous life here. Talking about her personal life, friends, family and Luis Suarez himself encapsulates all the details that you need to know about Sofia!

Where is Sofia Balbi from?

Sofia Balbi is from Montevidoe, Uruguay. She was born in the capital city on the 11th of October 1989.

When did Luis Suarez meet his wife?

Luis Suarez met his wife Sofia Balbi in 2001 when he was working as a street sweeper in Montevideo. Despite the difference in their social status, they made it work and reaped the rewards.

What does Sofia Balbi do?

Sofia used to be a stay-at-home mother, but as time went on she became a self-made entrepreneur and is currently co-owner of a shoe boutique with good friend, and Lionel Messi’s wife, Antonella Roccuzzo.

How much is Sofia Balbi worth?

Sofia Balbi is reportedly worth $5 million dollars. this is helped by her business ventures and massive 1.6 million Instagram following. 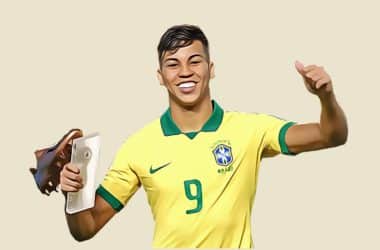 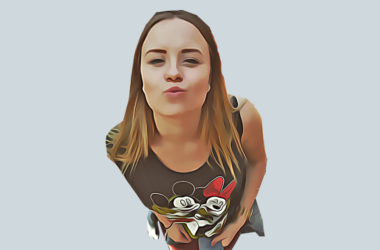 We support various soccer clubs that are absolute giants in today’s world. And one of the reasons behind…