There’s no doubt that Brazil is and always will be the country that produces the best talent in world football, there’s always a Brazilian player amongst the top 5 best in the world.

One of those emerging talents is Kaio Jorge who is an excellent player coming through the Santos academy and making a big move this summer to Italy signing for Juventus.

Generation after generation there have been world stars coming from the South American country, Pele was the best in the world at his time, arguably the same for Ronaldo Nazario who was one of the bests if not the best in the world, Ronaldinho was unstoppable and if he didn’t like partying as much as he did we would be talking about the best football player in history.

In present times we have had one of the best wingers to ever play the game, Neymar. Sadly his cockiness and mentality have made him worse through time and although he still is an excellent player, he has lost his position amongst the three best in the world.

Ready for another Generation, Brazil has yet again produced an excellent bunch of talent including the likes of Gabriel Martinelli who has been playing amazingly for Arsenal, Vinicius JR who makes the perfect partnership with Benzema, and many more.

The Brazilian who has made a place for himself on the Juventus first-team bench at the age of 19 has an interesting career that has had a very similar start to Neymar’s career, therefore it’s worth talking about it.

Born on the 24th of January 2002 in Olinda, Brazil, Kaio Jorge has been in love with football since he was young playing it out on the streets of his hometown in Brazil.

His career started on the streets, something many other Brazilian players can relate to. Being born in a country that lives and breathes football, it was no wonder that he would soon fall in love with it.

There wasn’t enough money to start playing for a team and therefore Kaio Jorge had to continue playing out on the streets hoping that one day a scout would notice him and sign him for a team.

Luckily for him, once he was playing a Santos scout got notice of his talent and decided to give him a trial for the club’s academy. On that trial, he surprised everyone, and he was later signed for the Santos academy at the age of 10.

Once there he started going up against teams faster than expected and before anyone had noticed he was ready to make his first-team debut at the age of 16.

After being one of the best players to step foot in the academy, it was decided that he was ready to make his long-awaited first-team debut and on the 30th of September 2018 he made his debut against Atletico Paranaense.

The season after that he played just three games and a total of 22 minutes played but being on the bench on a total of 14 occasions which wasn’t ideal for someone that young to stop his playing time.

Things changed in the 2019/20 season when he started to play more and more and after three years in the first team, Kaio Jorge scored his first official goal with the first team in a match against Coritiba.

After that, he scored 3 more goals and gave one assist leaving glimpses of his talent in every one of the 28 games he played that season. Things were starting to favor the youngster and soon enough teams from Europe would notice what the youngster was capable of.

The 2020/21 season was his last at Santos, on that season he played only 10 games but the 10 were as a starter playing the whole 90 minutes on almost all occasions setting himself as a starter for the team scoring one goal and giving two assists.

Who would have known that the next transfer window would be madness for the youngster and his future?

In Europe, the season had ended but in Brazil, it hadn’t, and being in the middle of the season transfer rumors surrounding the youngster appeared more and more frequently as the transfer window progressed.

The first of many rumors was Chelsea. The team had already shown interest in the youngster in 2018 but he decided it was not the right time to make the move. However, the team from Stamford Bridge was keen on bringing the Brazilian prospect on a permanent deal.

Another team that was interested in the youngster was AC Milan. After signing Giroud and extending Ibrahimovic’s contract, the Rossoneri were looking for some young talent to freshen up the attack.

Napoli was also a going-for the young center-forward showing public interest in acquiring the youngster. Napoli considered that Kaio Jorge was a fantastic fit for their attack being the compliment to record-signing Victor Osimhen, however, any possible deal fell through.

There’s always a team that is on the list when it comes to youngsters, that team is La Liga Champions Atletico de Madrid. What could have been a great pair with Joao Felix didn’t happen because one team was faster than anyone, however not moving to Atletico could have been beneficial for him, especially if we look at what happens to youngsters when playing for Simeone.

Benfica wasn’t only interested in the youngster, but they already had everything signed with him and the transfer was a few hours away from being made official, however after confrontations from the Santos fans and the emergence of Juventus, it was called off.

After almost making a move to Benfica, Juventus were quick to offer the youngster more money and Santos a higher transfer fee and after some time considering his options he decided to move to Turin for only 1.5 million euros, a complete bargain of a signing.

It looked like Kaio Jorge was set to play for a couple of seasons with the u-23 squad in Serie C, but on the first match of the season, he had already made the bench on the first team, and not too long after he made his debut for Juventus.

The 2nd of October of 2021 was a historic day for the youngster making his Serie A debut in the Turin derby against Torino playing only one minute but enough to get a Serie A game in his career.

To this day Kaio Jorge has a total of 9 games played in the Serie A but has yet to make a start for Juventus, his role on the team is more secondary staying on the bench almost every game.

Kaio, desperate for some game time is looking for a loan move elsewhere where he can showcase his talent and start gaining some experience in European football slowly becoming more and more important for Juventus as the seasons pass.

Kaio has had a short international career for Brazil only playing for the U-17s where he made a total of 10 appearances, 7 of those on the U-17s World Cup where he scored 5 goals and made 2 assists.

This U-17s World Cup was huge for Kaio Jorge as it was the spotlight for his jump to fame and where people started to know what he was capable of.

A short international career, but just enough for him to his path to success. Hopefully, in the near-future Kaio Jorge starts to play for the National Team and join the greatest Brazilian players in history.

A natural center-forward, Kaio Jorge is a great example of what a false-nine should be.

His exceptional technique, superb finishing, and incredible sense of the game helps him create spaces to find the opponent’s goal. Although he isn’t the fastest of players he still finds a way to make this a strength.

Something that makes him stand out from the rest is his ability to be agile with the ball on his feet making him unpredictable and very difficult to defend when on the move.

Another thing that makes him distinctive from other great talents is his intelligence off the ball. This then creates spaces for his teammates and for him when attacking, constantly moving is one of the easiest ways Kaio Jorge gets around opposing defenders making it easy when he does those runs.

How tall is Kaio Jorge?

When was Kaio Jorge born?

Where does Kaio Jorge play?

Kaio Jorge plays as a center-forward, but can also play as a striker or center-attacking midfielder. 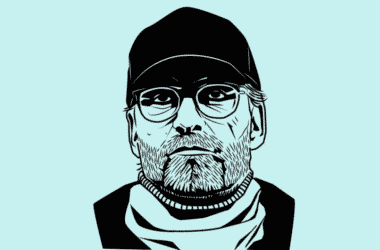